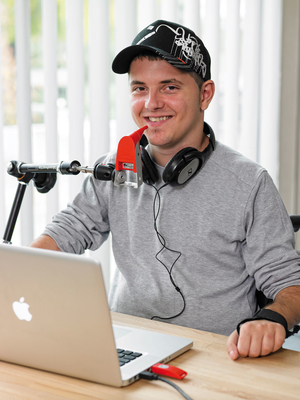 Mario Marusic – alias Deejay Ridinaro – is a young man, loves to listen to music and also to mix his own music on the computer. In 2009 Mario had a swimming accident and since that time he needs to use a wheel chair. He hardly can use his hands and arms. He operates his music programs on the computer with IntegraMouse Plus only by sipping and puffing.

The passionate Deejay: "I use IntegraMouse Plus not only for music programs but also for internet surfing. This means independence to me!"

Mario is a fighter and optimist to the core. The time after his accident was tough because he had to learn how to breathe again. He is still doing intensive rehabilitation and therapy and so he was able to regain some mobility in his arms.

He learned about IntegraMouse Plus at the rehabilitation center "Weißer Hof" in Klosterneuburg. It was a big surprise to his therapists that he was able to reuse his music programs in a very short period of time. Mario thinks it is because he has played a lot on the computer prior to his accident.

Computer gaming with IntegraMouse Plus 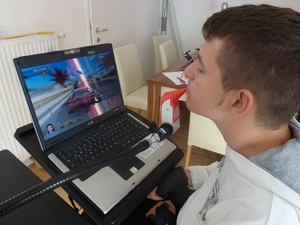 Music is extremely important to Mario. It distracts him and gives him the possibility to let go and to sense freedom.

Mario was very helpful in the process of developing IntegraMouse Plus as he was one of our "power testers". He gave valuable feedback for the fine tuning of the mouse. He says: "What I absolutely love about IntegraMouse Plus, is that I can use it as a joystick and play computer games. I can add additional switches that provide me with addidtional game functions and make it easier for me." 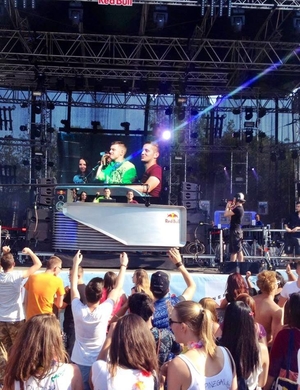 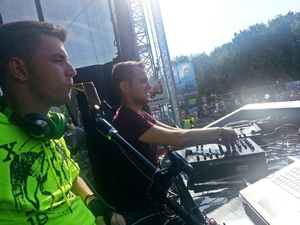 A lot of things have changed in Mario's life; but one thing has remained over the years: his passion for music and the wish to share his love for music with others. Prior to his accident he used to work as a Deejay on weekends in nearby clubs. "I love to get people to dance, to be touched by music and to spread good vibrations. I am favoring House and Electro beats", Mario says.

People like Nelson Mandela, Muhammad Ali and Mahatma Ghandi are an inspiration for Mario because they have put themselves out for other people and were eager to fight for the people who were important to them.

And so Mario also fought for his dreams - he is able to work again as a Deejay and has already proved that he is still able to get people moving! His biggest dream so far came true in summer 2014 when he was a Deejay at the Donauinselfest, one of the biggest European outdoor events in Vienna.

Hats off and respect!

Mario in the LIFEtool team 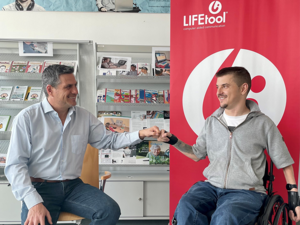 Another dream came true for Mario in 2021, which makes us at LIFEtool particularly happy:

"I am proud to have joined LIFEtool in April 2021 as an employee in the Research & Development department and I am very happy to be part of the LIFEtool family. At LIFEtool, I conduct IntegraMouse tests on mobile devices and participate in research and consulting in the field of Accessible Gaming. For IntegraMouse Plus, I am the contact person for support." 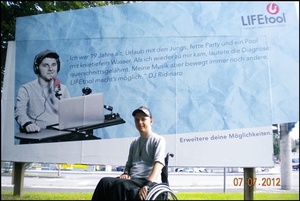 Mario is the "new face" of IntegraMouse Plus on the packaging and he is also one of three models of the awareness campaign by ARTGROUP ADVERTISING.

Thanks to Mario for the great and professional teamwork at the shootings. Your optimism and enthusiasm inspired everybody on the set!

Here you can read and listen more about Mario and his music:

» Head of the page