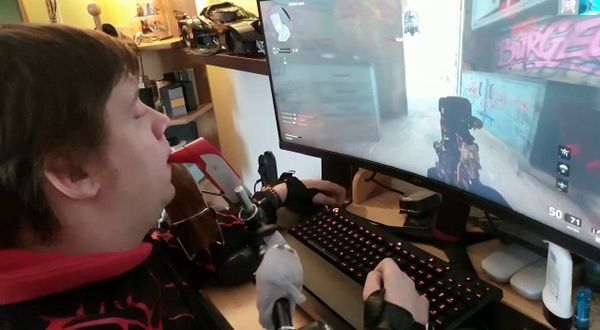 "Moin, moin", that's the friendly greeting from the north and everyone at LIFEtool knows who it comes from: our IntegraMouse user Sven from Lübeck.
Sven was just 23 years old when his life changed very suddenly and unexpectedly. He remembers a day at the beach with his friends. "Unfortunately, we were young and stupid - we wanted to avoid the tourist tax and just laid on the beach withoutpaying the small fee. When I saw the inspector coming down the beach, I ran to the nearby jetty and headed into the water - unfortunately, it wasn't deep enough there for the header ..."
Sven injured himself so badly that since then he has been dependent on a wheelchair and also on support for all other daily grips and that 24 / 7 / 365 - he lives with his parents, who support him wherever they can. During the one-year rehab that Sven spent in a facility in Hamburg after the accident, he was able to try out many aids in therapy so that he could work on the computer again. At that time, it was a very simple chin joystick that enabled him to take his first step towards computer operation.

He doesn't remember exactly when he came across the IntegraMouse - but he does remember that an assistive technology provider brought it over to him. "I tested it for two minutes and then it was clear to me: I'm taking it!"

I am a gamer almost all my life 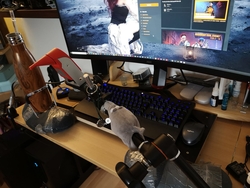 Since that time, we at LIFEtool have been in contact with Sven, who now already owns two IntegraMice. Sven likes to play a lot on the computer - a real power gamer. 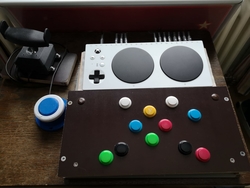 Of course, he also plays on the console and enthusiastically uses the Xbox Adaptive Controller from Microsoft. For the PC, he has a hybrid joystick, the Movemaster, in addition to the IntegraMouse Plus.

"I've been passionate about gaming for most of my life. I game because it allows me to participate in social life. I can gamble with my friends and make new friends at the same time." 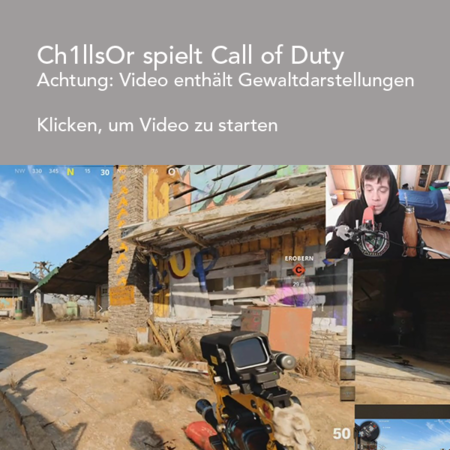 When Sven isn't gaming, he enjoys spending time with his friends from the village. "My friends mean a lot to me, they are always there for me!" A popular meeting place is Sven's terrace and garden, because Sven loves grilling! "There is already more money in my grill than in my computer by now ;-) ! We grill all year round and the highlight is our summer party. I really hope that it can take place again this year!" 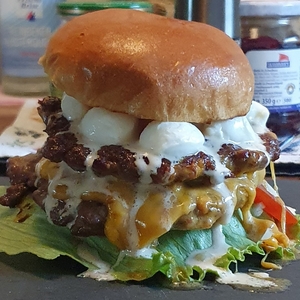 It tastes best together with friends!

Sven describes why and what he likes to play, and most importantly, he points out what would make it easier for him to play his favorite games.

"It would make a lot of things easier if game developers would engage with people like us."